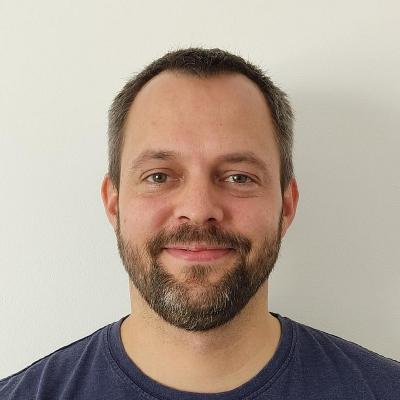 Exiftool is file metadata parser and analyzer that handles majority of the formats. Internally, it is written in perl, which gives it some portability.

In this article I will present how to use it in disk and RAM limited environment like AWS Lambda.

The article describes code, which can be found here.

AWS Lambda is Amazon serverless solution, that allows to run arbitrary code in few predefined languages. Internally it is a virtual private server that allows us to define some of its computation resources (like RAM and - indirectly - CPU). Unlike “standard” VPS its purpose is to run per defined event and then tear down.

Although managing the Lambda instances is Amazon internal implementation, we can distinguish “cold” and “warm” phases. “Cold” is simple a phase that instance needs to started from scratch. “Warm” on the other hand, re-uses the already running instance (as Lambda are not torn down momentary). As a result, two consecutive runs of AWS Lambda will not last the same time (the second run will be faster - since it uses the “warm” phase).

Because of its purpose (event driven and ephemeral runs) the AWS Lambda are itself very limited environments. They use Amazon Linux 2 (a fork of Red Hat Enterprise Linux) with addition of the language tool that is used for particular image (python, ruby, node, etc.). If we want to add additional binaries, we have a few options: create a custom docker image, use custom boot script or use Lambda Layer. The benefit over using Layer, is that we are not charged for initial duration of the “cold” phase.

Layer is simply a custom zip file that we create. When Lambda is prepared to run, its contents are unzipped in /opt directory of the instance. Per default opt/bin is added to PATH environment variable and /opt/lib to LD_LIBRARY_PATH - reference. So for example, if we want to add new executable we could simply zip it as bin/executable and it should be available to run from Lambda code.

In our case, we need to zip exiftool and all its dependencies (perl in this case). In order to mimic the Lambda environment as close as possible, I decided to use a base Lambda docker image and perform any needed changes there. The code that builds a base Lambda image with all necessary build tools is put under Dockerfile.layer:

Since fetching and zipping files needs access to shared layer (in order to copy the result to the mother machine) and it does not need to leverage the docker build cache, I thought it would be more natural to put it in “run” part of the docker.

The code that fetches the executables is put under entrypoint.layer.sh.

In order to generate the layer, the following command can be run (as a result we should have the exiftool.zip file in the ./layer directory):

Our application will react on hook, provided on successful file upload to predefined S3 bucket. It is presented on AWS diagram below

The constraints that we will put is 512 MB of temp disk size (default) and 256 MB of RAM. In order to be able to fetch large files and not exhaust Lambda, we will need to use a couple of features and combine them together.

Exiftool provides -fast flag, which forces executable to exit, as soon as it fetches the metadata. So as a result, only a part of the file is read (this is especially useful for large files).

The other feature we will use, is allow using stdin as input instead of file path. This will be useful for better manage the system cache (to not download the whole file at once from remote destination).

Given we have a test file called test.pdf, we can run the following code:

And the results would be:

The exiftool will break the bash pipe and exit as soon as it gets all information.

One thing to note, as presented above, we are missing file size (all other metadata headers are extracted). However, since this property is provided by AWS S3 (via Content-Length header), I think this is acceptable.

To retrieve the file itself, we will use S3 GETObject API call. Fortunately S3 provides ability to fetch only certain bytes of the file, via Range header. Having the above we can construct the python loop that fetches consecutive bytes of the file and fills exiftool stdin in each iteration. Once exiftool gathers all information it throws BrokenPipeError and loop terminates (preventing from downloading any further chunks). It is presented in the code below:

Although AWS Lambda allows to manually adjust temp disk size and / or add RAM, it also goes with higher pricing. I believe that using the bare minimum provided by AWS, forces us to write more optimized code. Adding any additional packages should be well thought. Also for the majority of mime types we do not need to download the whole file to read its metadata and - in most cases - 4 MB or 8 MB is enough (since the extracted information is stored on the beginning of the file).